Shri Ali Anwar Ansari, MP and National President,  Pasmanda Muslim Mahaz, has described the incident of setting ablaze the houses of the pasmanda muslims of the Asthan village of the Kunda  teshil, Pratapgarh, as preplanned and an instance of political conspiracy. He has alleged that the main perpetrators of this violence enjoy protection from top brass of the ruling party and hence are still roaming free.

Having reached the ill-fated village, the Mahaz delegation found out that the violent mob, in the presence of the police forces, did not only set 54 houses ablaze but also took away all the assets. Moreover, they also put the mosque and dargah on fire. The fire engulfed all the copies of the Holy Quran lying there.

According to the aggrieved villagers, the violence was masterminded by two persons; one of them is the person who lost the Gram Pradhan election to a member of the Pasmanda community while the other, a PDS dealer, is angry with the villagers due to a complaint lodged against his irregularities. Shri Anwar believes that these two (the PDS dealer and the one who lost the Gram Pradhan election) are the real culprits and they are yet to be arrested because they are being protected by a top leader of the ruling party.

In a press conference that he organized in Allahabad while returning from the Asthan village, Shri Anwar demanded for a CBI inquiry into the whole episode that had claimed not only the life of a Dalit girl but had also caused the false implication of four persons, including three teenagers.

Shri Anwar pointed out that the last election of the Gram Pradhan had witnessed an unprecedented solidarity between the dalits and the pasmanda community, resulting in the victory of the pasmanda candidate. This did not go well with the dominant communities in the village. Therefore, according to him, the brutal murder of the dalit girl was a conspiracy hatched to break that solidarity between the two communities. He demanded that there should be a proper investigation into the whole episode.

He further demanded that the government should provide a compensation of Rs. 5 lakh each to all those 54 households whose houses had been burnt to ashes and assets were looted; at least ten youths from the village should be recruited in the Police force; and some persons should be issued licenses to keep personal firearms. 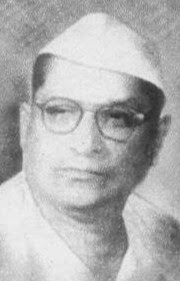